No reviews yet Write a Review

It’s been a long time since we have seen the Mustang with an IRS under it. Gone are the days when they used a Thunderbird V6 IRS suspension and put them under 400HP Cobras. The 2015 Mustang seems to have a decent differential under it. Rumor has it the diff is a "Super 8.8" (not sure what that means but we like the sound of it) and one of the best improvements I have seen is the introduction to a rolled formed wheel bearing. As most know the 03-04 Cobra had the same wheel bearing and spline size as the 6 cylinder Thunderbird, and after putting any HP into them the spline and bearing would break. We used custom hubs to stop the spline breakage but still the wheel bearing was an issue. Well say goodbye to both issues, as the new Mustang has a full 32 spline going into the hub and a beefy 34 spline into the diff, up from the 31 spline of yesteryear.

So what did DSS do to make this set of axles the best option available?
First we started with both the inner and outer splines going into the Hub and the Differential. We have been working with Ovaco steel out of Sweden and they came up with a material called Ovaco 300 that has been used by DSS in each and every IRS/CV driven world record breaking car to date (includes Mark Carlyle’s amazing Vette running 6.82 with a 1.1 60ft time and many other cars in the 7's ,8's and 9's also). So each spline is now made from this amazing 300m material (on both the 1000HP and the 1400HP versions). We then made 4340 billet CV mounts and are using our proven 108mm CV with full 300m Billet Chromoly cages and races (with the 1400HP axles using the larger 30 spline bars). This along with Neo HPCC1 grease and with a higher durometer Neoprene boot, it will handle just about anything you can put to it. We didn’t stop there, the center bars we made are done with our CNC spline rolling process, which most people "in the know" will tell you that a rolled spline is significantly stronger than one that was done with material cut away because it is actually forging the spline and compressing the micro structure to make it even stronger. So what we have here is a proven design, and if that’s not enough so we also have taken the time to put end caps on the end of the CV housings in case they are ever taken apart (you guys pulling the diff will love this, as the 6 bolts come off and the diff will come out, try this with a stock axle) and the caps have blue RTV inside to ensure a perfect seal.
So here you have the best axles on the market for one of the coolest cars to come out of Detroit in a while, in stock and ready to ship…

From our in house testing we've seen that the stock axles stock breaking when you try to go sub 1.4x 60' times. Anyone who's serious about drag racing should highly consider going with an aftermarket set of axles. 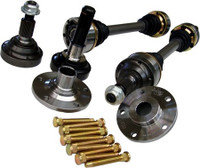 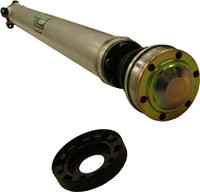 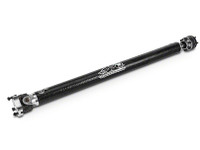 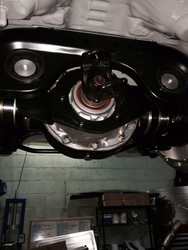 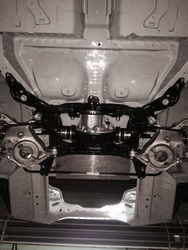 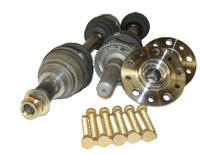 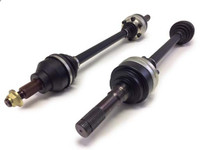 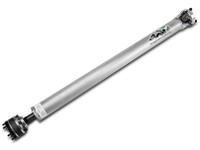