Over the weekend of June 11-13, Tony Hobson and his crew chief, Eric Holliday of Justin’s Performance Center, took Hobson’s JPC Racing-backed 1990 Ford Mustang LX to the Street Outlaw winner’s circle at the Inaugural NRMA Ford Performance Nationals at Summit Motorsports Park in Norwalk, Ohio. This event marked Hobson’s first win in his ProCharged Fox body after a number of late-round finishes since initially fielding the car in 2020. 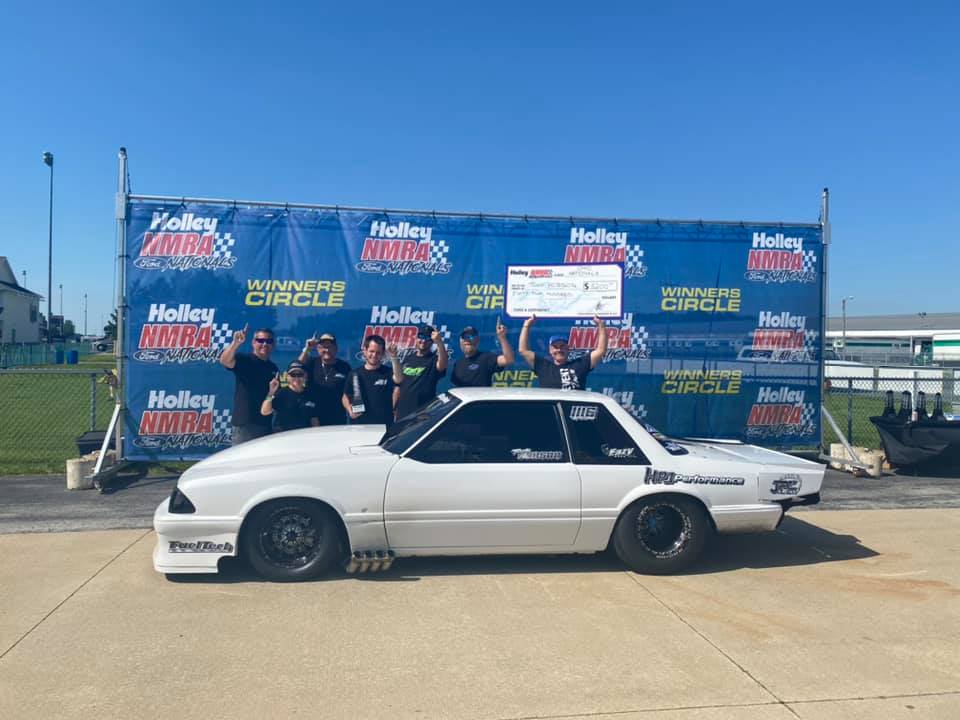 “We aren’t done yet,” says Hobson. “I have the best team behind me and I’m going to push us as far as we can go! Thank you to everyone that is involved, I can’t thank you guys enough!”

Hobson started his week with a set of strong qualifying runs, including a 4.353 lap at 165.01 mph which put him in the #1 spot for eliminations. With an odd number of cars, Hobson earned the first round bye, setting him up for an extra test run resulting in a 4.407 elapsed time at 164.77 mph. 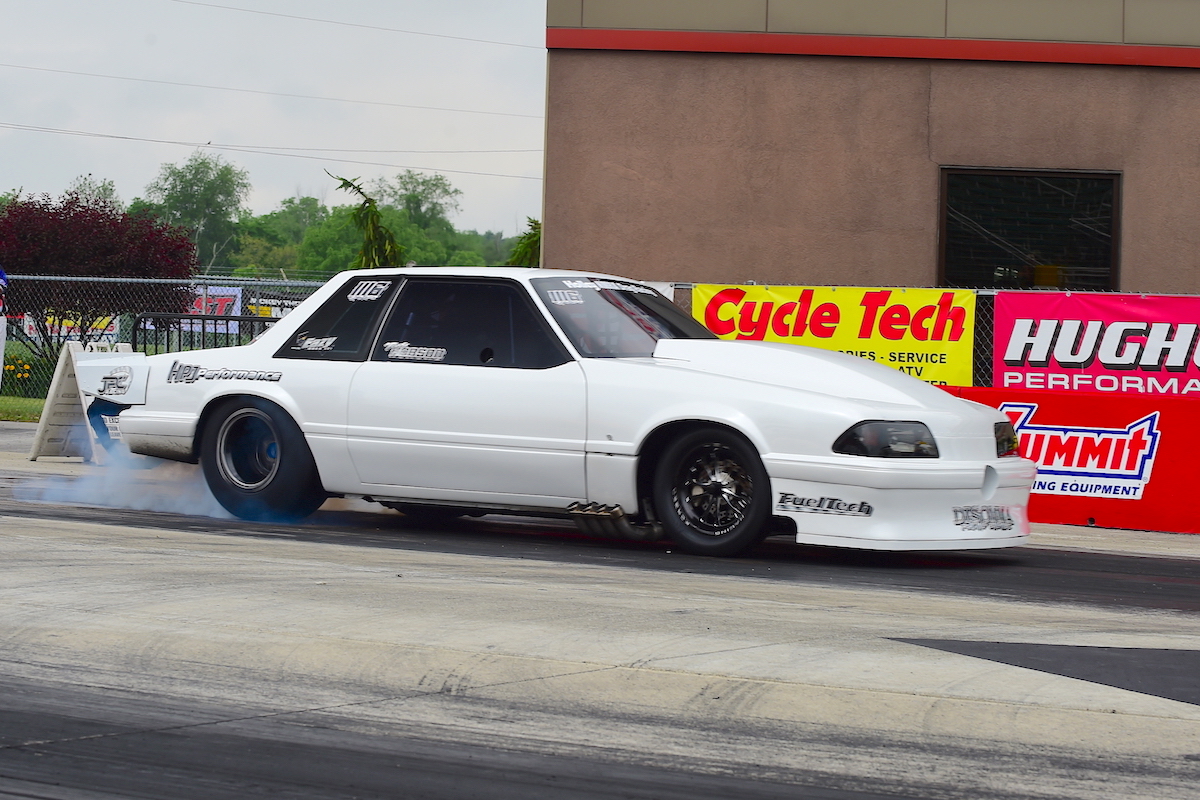 Hobson is also slated to run the finals of the rain-delayed NMRA St. Louis race at the start of the NMRA Power Festival at US 131 Motorsports Park in Martin, Michigan, July 22-25.

Hobson’s Fox body propelled him to his second final and first win of the NMRA season with a lengthy list of track-tested performance components from JPCracing.com, including: 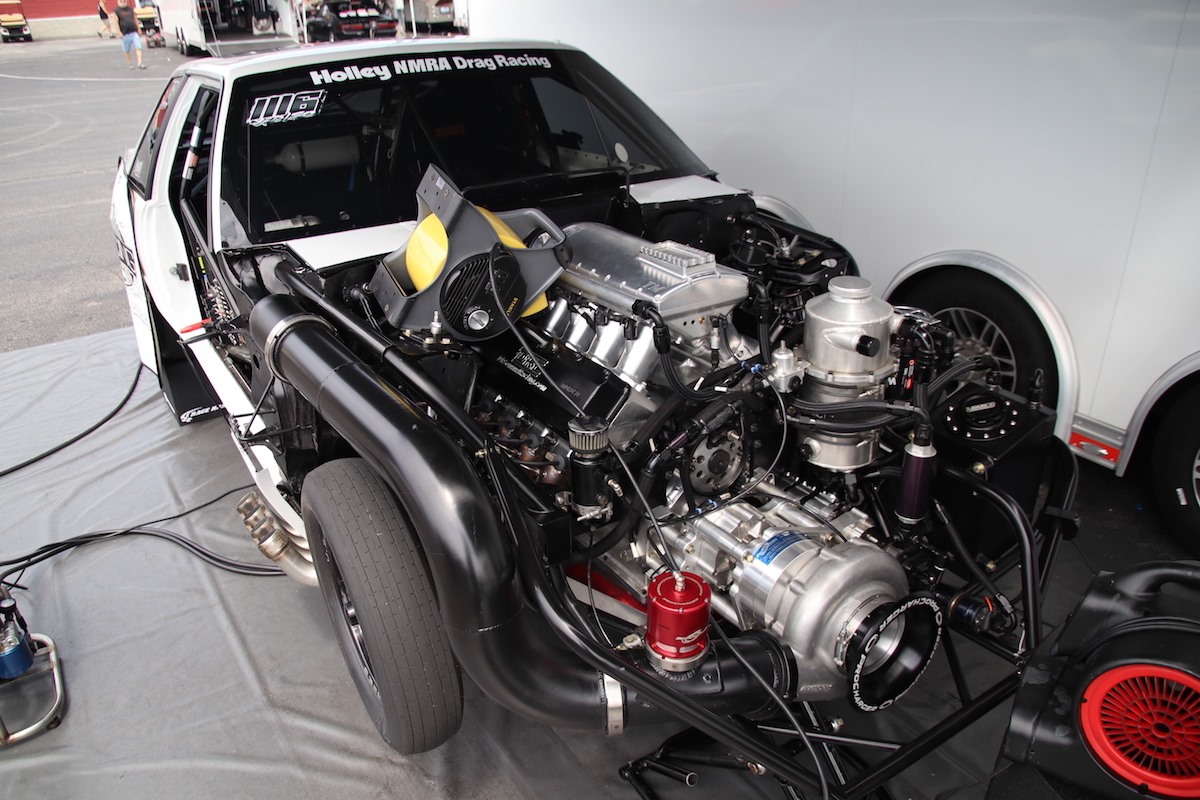 Watch the rest of Hobson’s NMRA journey on social media by following @tony_hobson_racing on Instagram and @tonyhobsonracing on Facebook. You can also see updates on Hobson’s success on JPC Racing’s social channels, found at @jpcracing on both Facebook and Instagram.

About Justin’s Performance Center, Inc.: JPC was established in 2001, based on one man's desire to provide customers with a performance shop capable of providing great customer service, knowledge and a straightforward, honest answer. Our goal is to provide customers with our experience gained through many years of racing and high performance modifications on and off the track. JPC applies that knowledge to customers' street cars and the products we develop, for a “do it right the first time” approach.

About JPC Manufactured Products: With the ever-increasing need of quality products that work right the first time, JPC has been in the business of research and development and manufacturing of our own line of aftermarket parts for over a decade. There is nothing more frustrating than spending your hard earned money on parts that fail to live up to their claims. That’s why you'll always find the best products available with the JPC name on them. Not only do we sell it, but we test it, use it, and abuse it until we are happy that it will be up to our customers' satisfaction every time. Our team of engineers and craftsmen have years of combined experience and are sure to put you ahead of the pack. Whether it's a fuel system, Intake manifold, line lock kit, turbocharging system or any one of our other numerous in-house designed products, you can be sure you bought the right product the first time.